“Oh, how my soul praises the

47   How my spirit rejoices in

and from now on all

generations will call me

and he has done great things

to all who fear him.

He has scattered the proud

52   He has brought down princes

and exalted the humble.

53   He has filled the hungry with

and sent the rich away with

54   He has helped his servant Israel

and remembered to be

to Abraham and his children

about three months and then

went back to her own home.

²²But the fruit of the Spirit is LOVE, JOY, PEACE, LONGSUFFERING, KINDNESS, GOODNESS, FAITHFULNESS, ²³GENTLENESS, SELF-CONTROL. Against such there is no law. . . 25If we live in the Spirit, let us also walk in the Spirit.~Galatians 5:22,23,25 NKJV

7Do not be deceived, God is not mocked; for whatever a man sows, that he will also reap . . . 8bbut he who sows to the Spirit will of the Spirit reap everlasting life. 9And let us not grow weary while doing good, for in due season we shall reap if we do not lose heart. . . . 16And as many as walk according to this rule, PEACE and MERCY be upon them, and upon the Israel of God.~Galatians 6:7,8b,9,16 NKJV (emphasis added)

Brethren, keep God’s law – love one another.  Share each others’ burdens.  Keep sowing to the Spirit and reap everlasting life.  Don’t lose heart!

As for man, his days are as grass: as a flower of the field, so he flourisheth. For the wind passeth over it, and it is  gone; and the place thereof shall know it no more. But the mercy of the Lord is from everlasting to everlasting upon them that fear Him, and His righteousness unto children’s children;

Open the heavens, Lord, and come down. Touch the mountains so they billow smoke. Hurl your lightning bolts and scatter your enemies! Shoot your arrows and confuse them! Reach down from heaven and rescue me; rescue me from deep waters, ~ Psalm 144:5-7a NLT 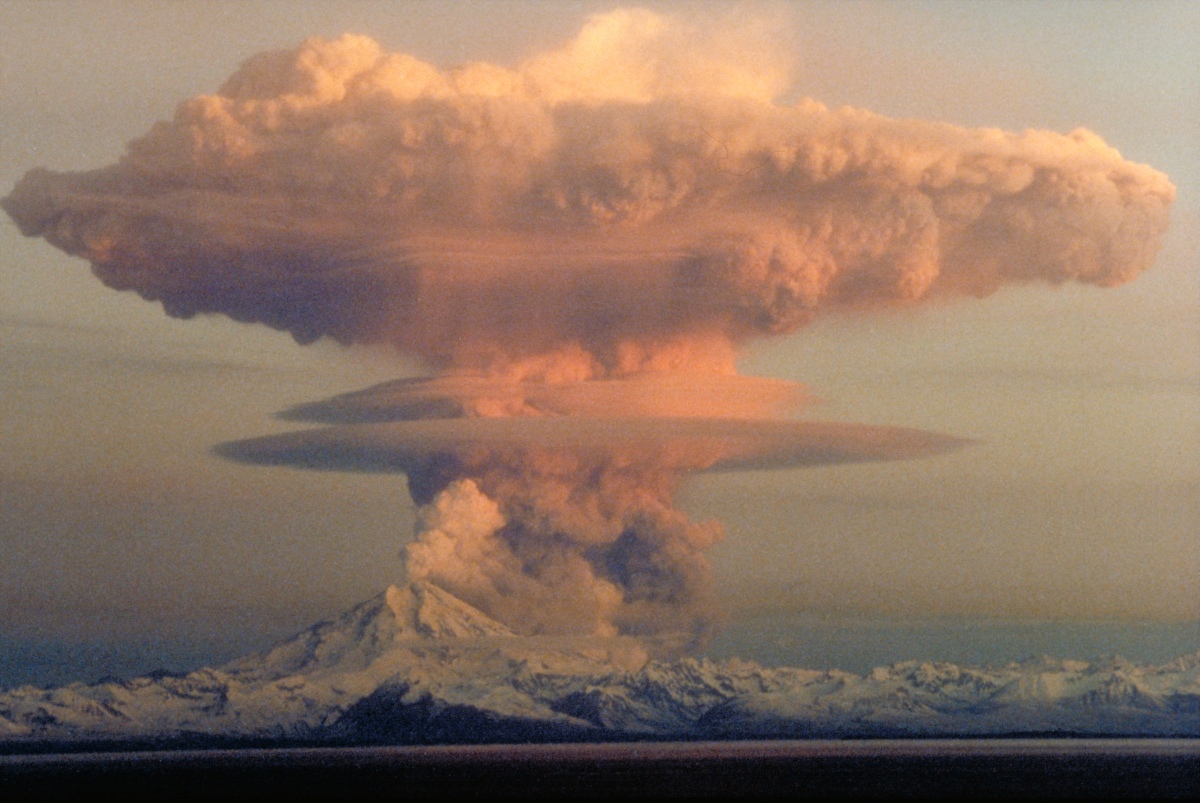 Prayer for America – Reach Down, Lord:

“May our sons flourish in their youth like well-nutured plants. May our daughters be like graceful pillars, carved to beautify a palace. May our barns be filled with crops of every kind. May the flocks in our fields multiply by the thousands, even tens of thousands, and may our oxen be loaded down with produce. May there be no enemy breaking through our walls, no going into captivity, no cries of alarm in our town squares. Yes, joyful are those who live like this! Joyful indeed are those whose God is the Lord.” ~ Psalm 144:12-15 NLT

“Praise the Lord! Let all that I am praise the Lord! I will praise the Lord as long as I live. I will sing praises to my God with my dying breath. Don’t put your confidence in powerful people; there is no help for you there. When they breathe their last, they return to the earth, and all their plans die with them.” ~ Psalm 146:1-4 NLT

“May our people repent and turn back to You with humble hearts so that You will reach down, O Lord.  We need Your Holy Presence now.  In Your Powerful Name Jesus, thank You.  Amen.” 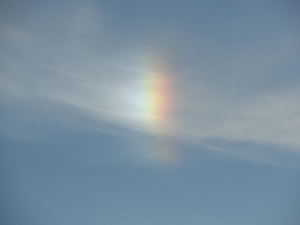 I’m pretty sure it’s because I am trying to do good stuff by my own will-power (slow learner).  Anyhow, it’s past time for me to get off that yearly merry-go-round and give it all over to the God of Second Chances.  Shame on me for forgetting the important stuff!

“For by grace you have been saved through faith, and that not of yourselves; it is the gift of God, not of works, lest anyone should boast. For we are His workmanship, created in Christ Jesus for good works, which God prepared beforehand that we should walk in them.” ~ Ephesians 2:8-10 NKJV

Still… traditions die hard, so the very first thing is a prayer:

“Lord, my New Year’s Resolution for 2018 is to walk pleasing to You this coming year.  I trust You, Father God, for what You prepared for me beforehand. Thank You, Jesus, for the greatness of Your power to keep me as I should be, regardless of my own shortcomings. Amen.”

The very next thing is,

God’s blessings to all in Jesus Christ

Now there were in the same country shepherds living out in the fields, keeping watch over their flocks by night. And behold, an angel of the Lord stood before them, and the glory of the Lord shone around them, and they were greatly afraid. Then the angel said to them, “Do not be afraid, for behold, I bring you good tidings of great joy which will be to all people. For there is born to you this day, in the city of David a Savior, who is Christ the Lord. And this will be the sign to you: You will find a Babe wrapped in swaddling cloths, lying in a manger.”

And suddenly there was with the angel a multitude of the heavenly host praising God and saying:

“Glory to God in the highest, And on earth peace, goodwill toward men!”

So it was, when the angels had gone away from them into heaven, that the shepherds said to one another, “Let us now go to Bethlehem and see this thing that has come to pass, which the Lord has made known to us.”

And they came with haste and found Mary and Joseph, and the Babe lying in a manger.

Now when they had seen Him, they made widely known the saying which was told them concerning this Child. And all those who heard it marveled at those things which were told them by the shepherds. But Mary kept all these things and pondered them in her heart.

Then the shepherds returned, glorifying and praising God for all the things that they had heard and seen, as it was told them. ~ Luke 2:8-20 NKJV

As I am telling you now.

“Glory to God in the highest, And on earth peace, goodwill toward men!”

Last night I wakened at three a.m. to a common local phenomenon.  It’s the closest thing in nature I have witnessed to what the Glory of God must be like.  Last night a heavenly display of color exploded in the night sky like a glorious snapshot.  I call it The Glory Snap.

In northern latitudes, the effect is known as the Aurora Borealis or the Northern Lights. The former term was coined by Galileo in 1619, from the Roman goddess of the dawn and the Greek name for the north wind. Aurora – Wikipedia

Last night every window of my house showcased greenish ribbons of Aurora Borealis snaking through a myriad of stars like a needle and thread.  If you can imagine the Big Dipper and other northern constellations buffeted by a sort of fan-dance of colored lights against the background of a midnight sky, it sort of looks like this:

Oh, of course there are more dramatic and colorful photos of the Northern Lights.  But this is the closest one I found to what happened over my house last night.

However, God’s Glory shall never fade like the Aurora Borealis with the rising sun; or dim in the arctic twilight of winter.  No.  The brightness of God’s Glory is eternal and defies my comprehension.  I searched the Biblical scriptures for illumination and these verses spoke to me:

“Holy, holy, holy is the Lord Almighty; the whole earth is full of His glory.”

At the sound of their voices the doorposts and thresholds shook and the temple was filled with smoke. ~ Isaiah 6:1-4 NIV

Wow! Picture a universal kingdom where ultimate power emanates from the throne of God.  The train of God’s robe fans out just like the Northern Lights dancing across a velvety dark sky.  The thundering proclamations, “Holy, holy, holy”  by the angelic beings called seraphim shake the very foundations of God’s temple in Heaven.  My spirit tingles in recognition of The Eternal One; The Creator; The GREAT I AM:

It is written: “‘As surely as I live,’ says the Lord, ‘every knee will bow before me; every tongue will acknowledge God.'” ~ Romans 14:10b NIV

What is your understanding of God’s Glory?  For me, describing the Northern Lights is my feeble attempt to explain just a fraction of God’s Glorious Awesomeness.  Perhaps you see a glimpse of His Glory in a sunrise or sunset.

“Thank You, Father, for giving us many descriptions of Your Glory in Your Word.  The knowledge that You are “high and lifted up” gives me the understanding that You are to be revered; You are The One and Only God; that You are perfect, and unchangeable.  Praising You today for creating the Northern Lights in our sky that gives us a wondrous snapshot of the magnificence of Your Glory.  Thank You for Your unquenchable love, justice, and mercy towards humans.  Thank You most of all for Your Son, Jesus, who died for mankind, in order for every sinner to experience Your eternal glory by simply repenting and accepting Your free gift.  We lift high His Matchless, Beautiful, Glorious Name.  Amen.”

Some people on the earth have never witnessed The Glory Snap.  Have you?